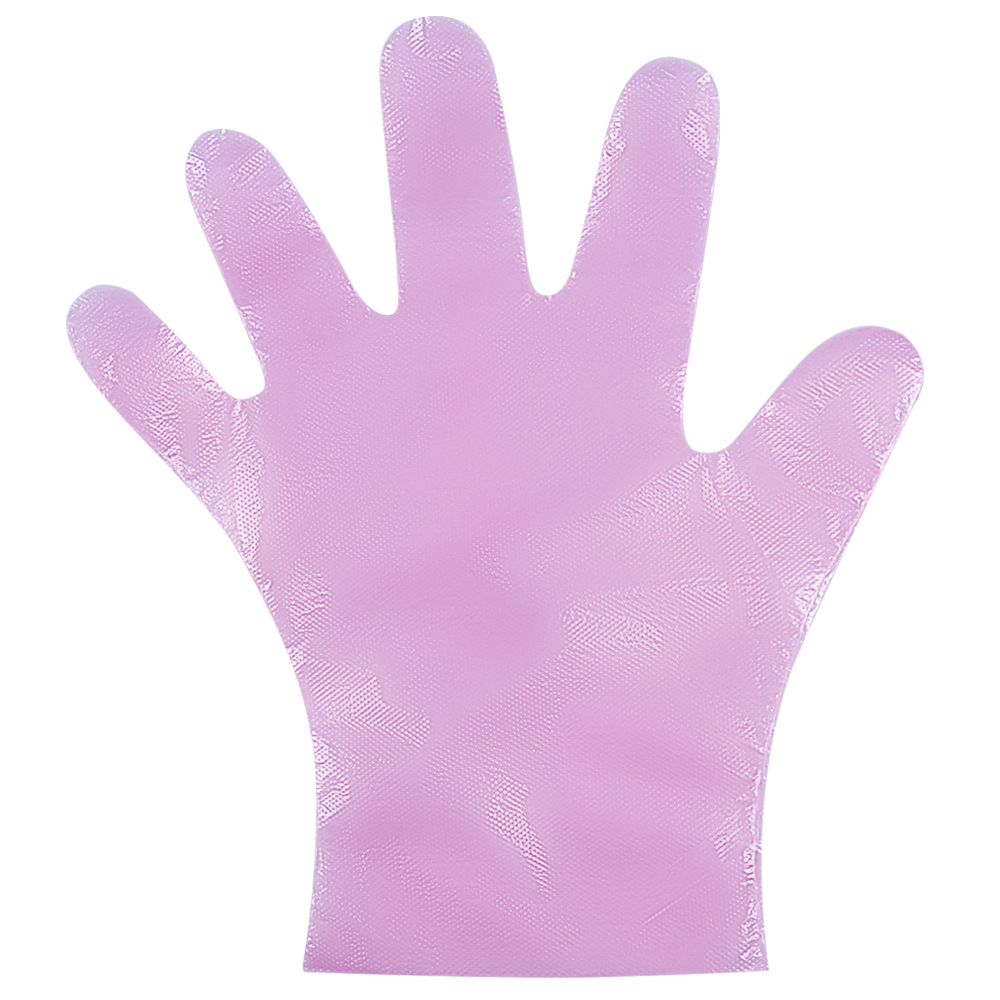 
Send email to us

TPE embossed gloves have better strength and durability, and are suitable for standard PE gloves.

They are made of thermoplastic elastomers and are used for light food processing and light industrial applications.

Polyethylene is one of the most common and cheapest plastics, often identified by the initial PE, it is a plastic with excellent chemical stability and is therefore often used as an insulator and as a film in contact with foods (bags and foils). In disposable glove production, by cutting and heat sealing film.

Low-density polyethylene (LDPE) is a more flexible material with lower rigidity and is therefore used in gloves that require higher sensitivity and softer welds, for example in the medical field.

CPE (cast polyethylene) is a polyethylene formulation that, due to calending, has a special rough surface, allowing for higher sensitivity and grip.

Like CPE gloves, TPE gloves are known for their durability. They weigh less (g) than CPE gloves and are also flexible and elastic products.